UIDD Made Out of State Depositions Easier 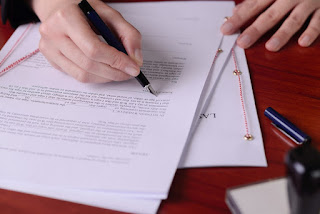 
Thanks to the streamlined process made possible by the UIDDA, an attorney need only deliver an enforceable subpoena to the out-of-state court’s clerk, along with the necessary applications and fees. The out-of-state court will issue its own subpoena. This process is much more efficient than the old, cumbersome process.


The UIDDA (Interstate Depositions and Discovery Act) makes out-of-state deposition and discovery cheaper and easier.  Colorado is just one of the states adopting UIDDA which  eliminates the need to contract local attorneys in another jurisdiction or filing with other courts.  Depositions in other states no longer have to be completed by an attorney. Court reporting companies offer many different options in obtaining affordable out of state depositions. Hansen & Company is a court reporting company in Denver, CO that specializes in out of state depositions.


Because the whole process can be handled by a court clerk, it’s much more efficient than the old way. There’s no longer any need for judicial oversight of the discovery process or the issuance of a subpoena, cutting down on red tape. The UIDDA permits out-of-state discovery governed by the laws of the second state. In this manner, other states are able to protect their residents from what they might deem burdensome discoveries. Any motion to modify or quash a subpoena must also comply with the laws of the out-of-state jurisdiction.


While not all states have adopted the UIDDA or parts of the UIDDA, most have, and in today’s society, need for out-of-state depositions is only expected to increase. People today move around more than ever before, living, working, and accumulating assets and interests in multiple states.
Posted by Hansen & Company, Inc. at 12:45 PM No comments: